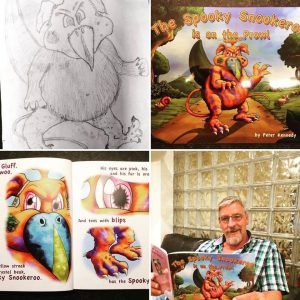 So, it was January when little “Snooky”, as the missus and I affectionately call him, was conceived, and every moment since then has been absorbed in juggling our family life, our business lives, and getting as well prepared as possible for the big event. It’s not an easy task, as all expectant parents will no doubt verify, but we’ve done our best to keep on top of all our concerns and to follow all the guidelines to the successful conclusion of the gestation period. Of course, as with all parents, we kept things quiet until we were sure that everything was going according to plan. Those “silent” weeks at the start are the hardest. You’re just dying to tell everyone that something special is in the pipeline, so to speak, but you don’t want to get ahead of yourself. Caution is of the utmost importance. We didn’t leave anything to chance. We didn’t even discuss the potential new arrival with our boys, Dualta and Iarlaith, I suppose through fear that something might go wrong, and they’d have to share our disappointment. But I think they were aware that something was happening. We did, of course, try to keep their routines as normal as possible, which as every parent of two energetic little men will tell you, is not always an easy task, but I think we did ok, given the obvious distraction of the impending arrival. The day we went for a check up to see that all was as it should be, was a momentous day. Our hearts pounded when, for the very first time, we saw our little “Snooky”, albeit at a formative stage of his development…. But there he was, no longer just an idea, no longer just a seed, but a little character, all cute and cuddly and slightly ugly, just as I had expected. The experts told us that things were proceeding very nicely and that we had nothing to worry about, and I was so happy I almost cried.

Second trimester, and we were all about the business, preparing to launch him into the world with a bit of a celebration, worrying about how we’d turn him out, planning what schools we’d get him into. And all the time, Dualta and Iarlaith were asking “When is he due? Can we see him? Why are you always tired, Mummy?” Poor little fellas, they had no idea the burden their mother was under. I don’t think they understood why Mummy had to do so much when the whole thing was daddy’s idea in the first place… well, I mean to say… I did my bit. I planted the seed. I was the creator, so to speak.

Anyway, we were on the home straight by July, and then every available hour of the day seemed to be consumed by spreading the news of our impending arrival to all our friends and family. There was such a buzz of excitement. Well-wishers in abundance, everyone wondering who is he going to look like, some suggesting that he was the image of me…. I mean, please… am I THAT ugly? But it was too early to tell. As you know yourselves, a lot changes in those final few months.

But here we are…. For the missus, particularly, the labour has been intense, but she just kept on pushing, and the delivery is in progress. In about a week’s time, our little baby, our “Spooky Snookeroo” will be swaddled in wrapping paper and winging his way to all the lovely people who have already made their request to meet him.

Our baby, going off to take his place in the big, bad world. Good luck, son, and may you be plentifully sought after by more and more people every day. As your parents, our only hope is that you will give many the hours of joy that you have given to us.